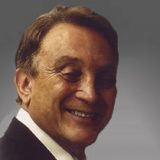 Charles I. Berlin, Ph.D., is Professor Emeritus of Otorhinolaryngology, Head and Neck Surgery, and Physiology and former Director of the world-renowned Kresge Hearing Research Laboratory at LSU Medical School in New Orleans.

He was also a practicing audiologist who saw patients weekly in the audiology clinic he directed which was selected by Family Circle magazine in 1987 as the “Best Place in the United States for Hearing Problems.” He has been called the ‘Teacher’s Teacher’ and succeeds in making complicated auditory concepts accessible to parents, teachers, and hearing aid specialists, as well as his audiology and physician students.

His clinical activities specialize in fitting hearing aids with real ear measurement to difficult-to-manage patients, both children and adults.

Dr. Berlin and his colleagues have published germinal work on the auditory abilities of brain-injured Vietnam War veterans and hemispherectomee patients operated on by Joseph Bogen, M.D. and colleagues, and studied by Nobelist Roger Sperry, Ph.D. and his colleagues. He has been an author on close to 100 peer-reviewed scientific articles and has edited 10 books on hearing science.

He was a founding member of the Advisory Board to the National Institute of Deafness and Other Communication Disorders.

His current research with Drs. Linda Hood and Thierry Morlet is on otoacoustic emissions and efferent suppression, and he is collaborating on teams isolating and identifying genes for deafness in humans and rodents with Dr. Bronya Keats. He is also currently engaged in studies of Auditory Neuropathy/ Dyssynchrony, a condition which precludes the use of hearing aids, and Auditory Verbal Therapy, despite mild audiometric hearing loss, unless cochlear implantation is used.

Some of Dr. Berlin’s many accomplishments include the following awards:

— American Academy of Otolaryngology, Head and Neck Surgery’s highest award, the Presidential Citation and the recipient of

This website uses cookies to improve your experience while you navigate through the website. Out of these cookies, the cookies that are categorized as necessary are stored on your browser as they are essential for the working of basic functionalities of the website. We also use third-party cookies that help us analyze and understand how you use this website. These cookies will be stored in your browser only with your consent. You also have the option to opt-out of these cookies. But opting out of some of these cookies may have an effect on your browsing experience.
Necessary Always Enabled
Necessary cookies are absolutely essential for the website to function properly. This category only includes cookies that ensures basic functionalities and security features of the website. These cookies do not store any personal information.
Non-necessary
Any cookies that may not be particularly necessary for the website to function and is used specifically to collect user personal data via analytics, ads, other embedded contents are termed as non-necessary cookies. It is mandatory to procure user consent prior to running these cookies on your website.
SAVE & ACCEPT
Translate »